I have been giving my reactions on Facebook and Twitter, so I won’t repeat everything here. But what I will do is show you the result of the outpouring of support I got from you, my readers, for the people of France, and Paris in particular. See my last post to read about how it all started. I told you I would post your notes on the memorial, and it started with just a few notes, and then more, and then it totally snowballed. So to bring you up to date from the last post…

I put up the first 123 cards. And then the Daily Mail and Fox News happened. And then I put up 39 more notes. And then Brazilian reader (and journalist) Frini saw our wall on the Brazilian news.

And then the requests REALLY started pouring in, so I invited some friends over to help me write out your messages. 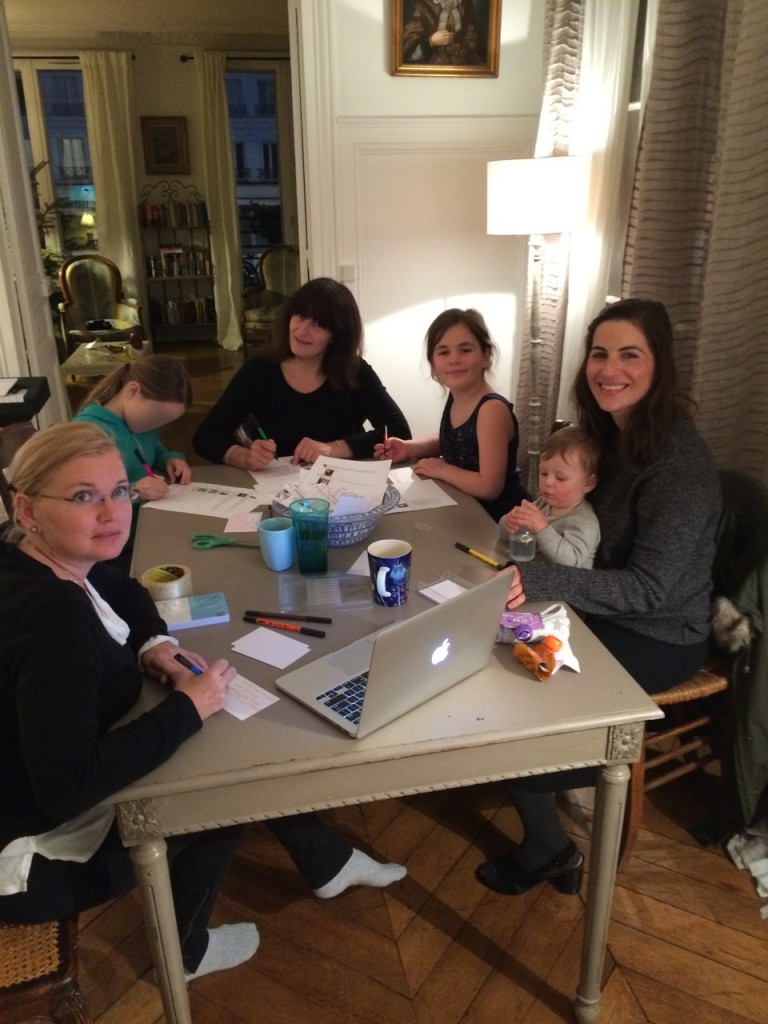 LoriAnn, Cassi (with baby Elio), Julia with Fay and friend.

We took 86 more cards over to the memorial and placed them on the wall. 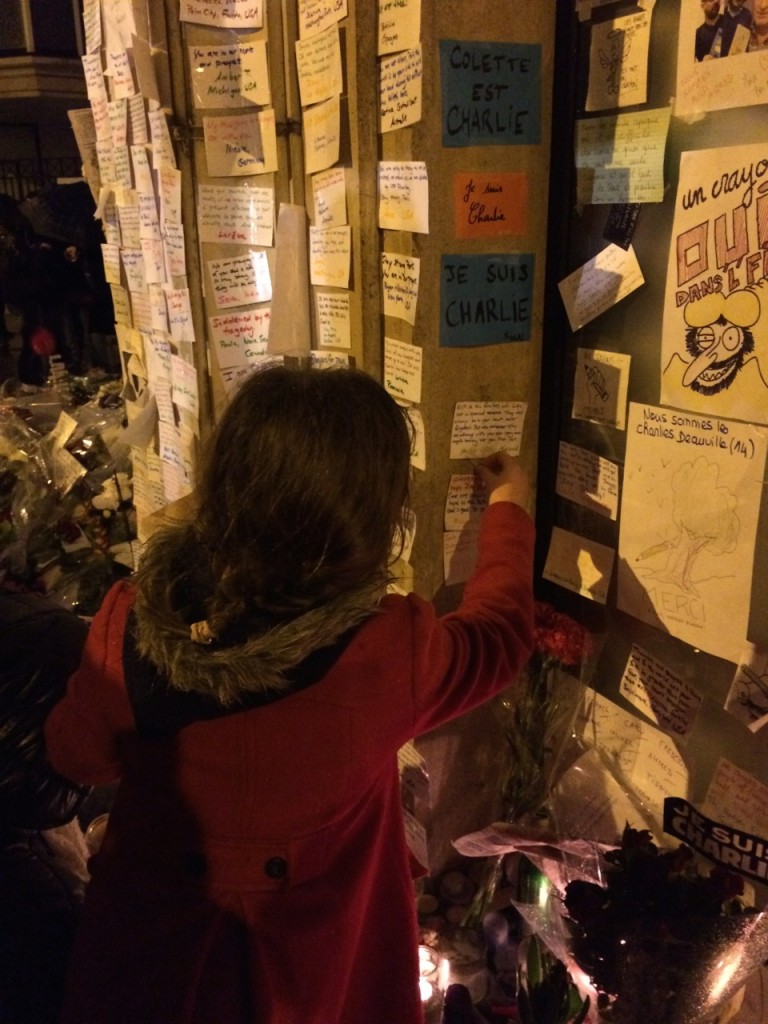 While we were there, an elderly French man thanked us for being there.

Then reader Lucy told us that our notes were on the news in Romania.

And Annika from Finland sent me this article from the Finnish newspaper which included this picture: 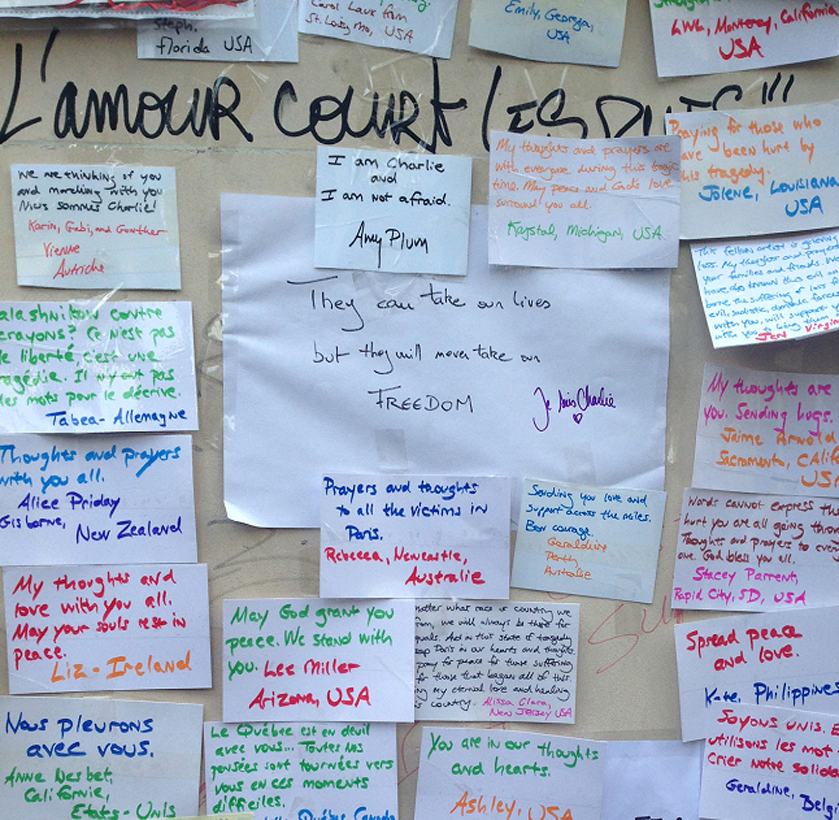 And Karis sent me this newspaper article from The Star in Canada, using this photo: 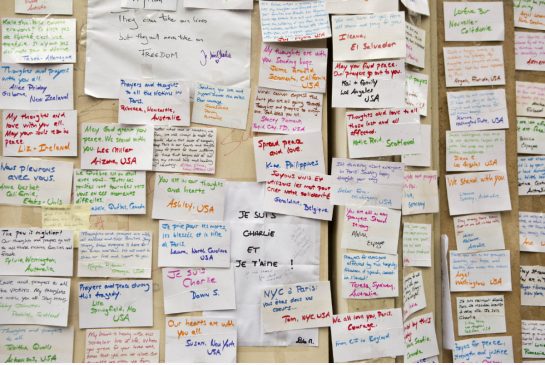 “Handwritten messages are pasted to the wall of a makeshift memorial near the offices of French satirical newspaper Charlie Hebdo in Paris.” David Azia / The Associated Press

Your notes kept pouring in. I finally finished the last batch late Saturday night, determined to get them up on the wall before the big march on Sunday, where the maximum amount of people would be able to see them. Early Sunday morning, I walked over to the memorial and began taping them up.

This is what it looked like when I finished: 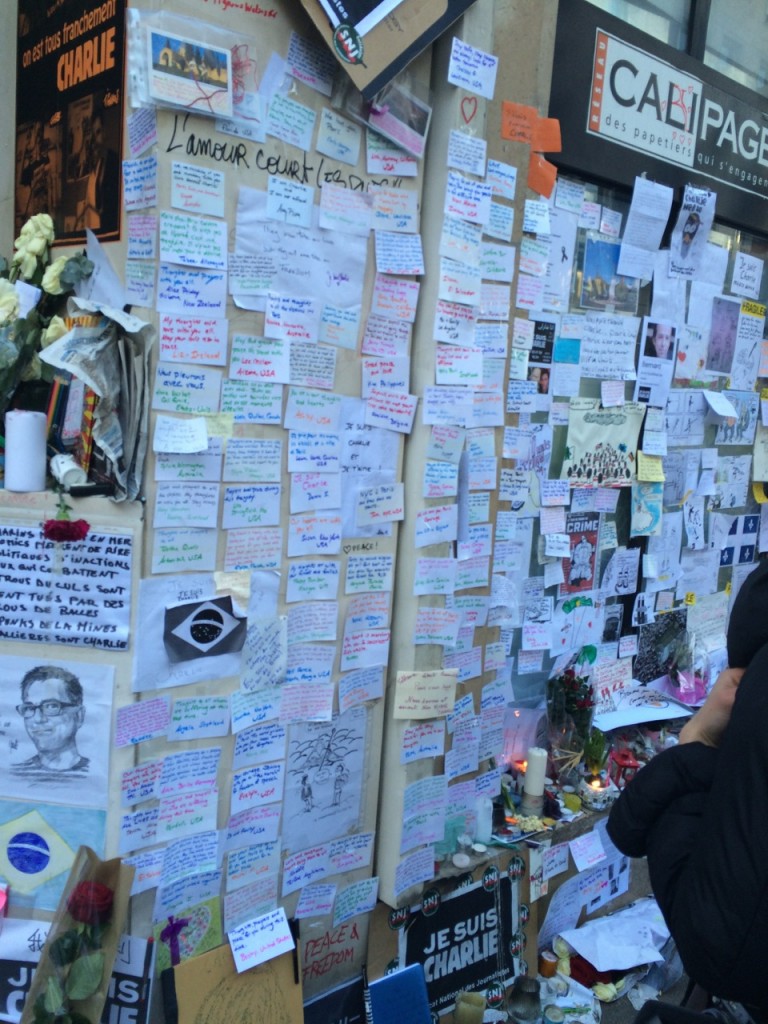 I took up EVERY LAST INCH of space. 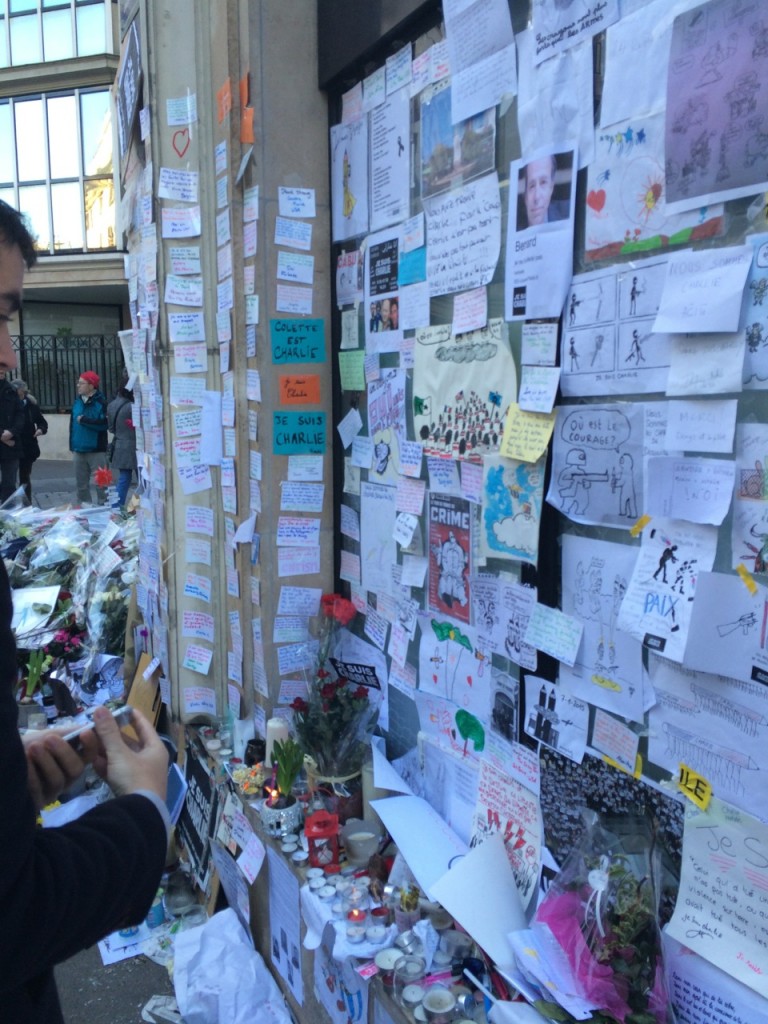 I was careful not to cover up anything left by other well-wishers.

The furthest three columns to the right were past the police barrier. I got told (nicely) by a policeman to get back on the correct side of the boundary JUST as I finished. (Whew!) 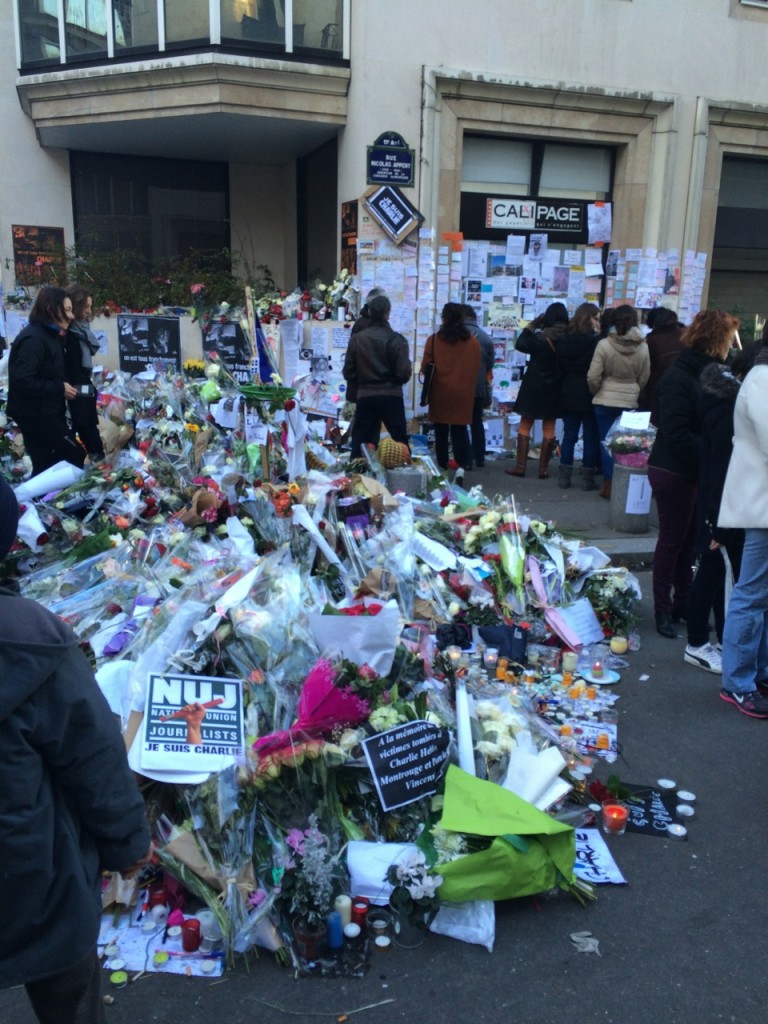 From further away (showing about 1/3 of the entire memorial site).

And then I went home and tallied everything up, getting more excited and amazed as I went along. Because there were—are you ready?—340 of you who left messages from 31 different countries. Of the United States, 37 states were represented.

I can reassure you that each of your messages was lovingly written out. (Someone asked why I didn’t just print them. Because they’re personal messages, and I wanted them to each be different, individual, and personal.) I can reassure you that I taped them all securely up in a spot where it wasn’t covering anything else, and where I knew people could read them. Once again…I am so honored to be your messenger.

I am amazed and touched by your determination to reach out to the people of Paris. And I know that they saw your messages and were equally affected.