Join me and Josephine Angelini for a special online video chat on Tuesday, May 6 at 7PM EST/4PM PCT!

Yes, Josephine Angelini, author of the STARCROSSED trilogy and of the upcoming WORLDWALKER trilogy will be chatting with me about AFTER THE END…live.

If you didn’t already know that Josie and I are book buds, here is proof: 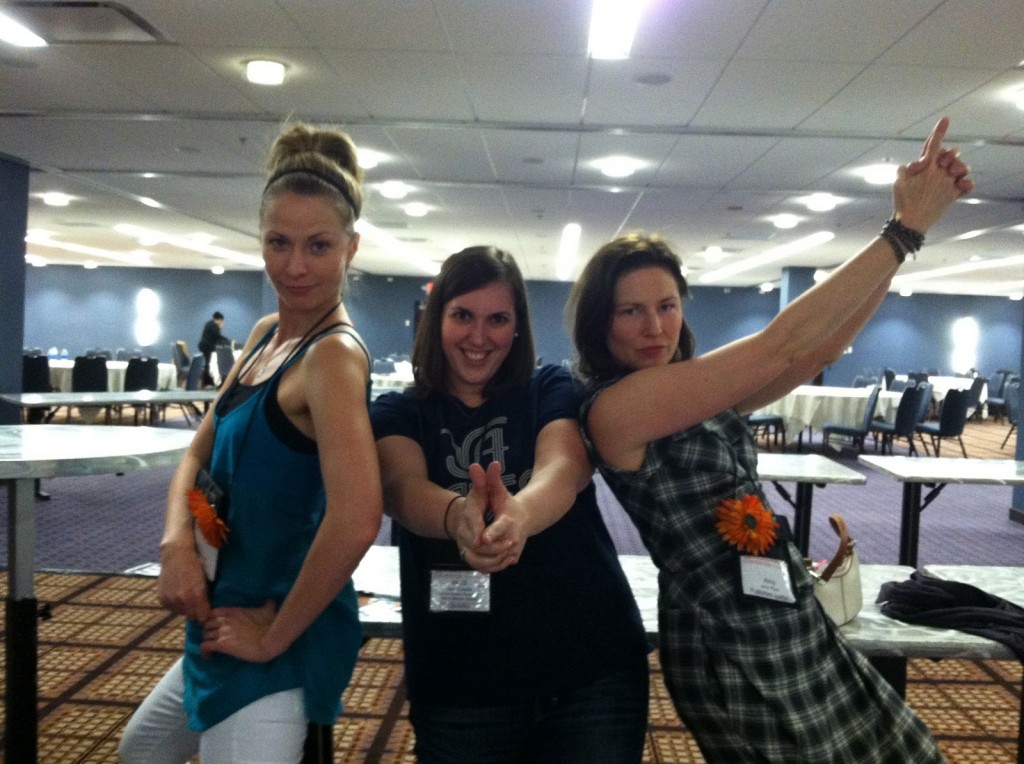 Josie, Heidi (YA Bibliophile) and me. 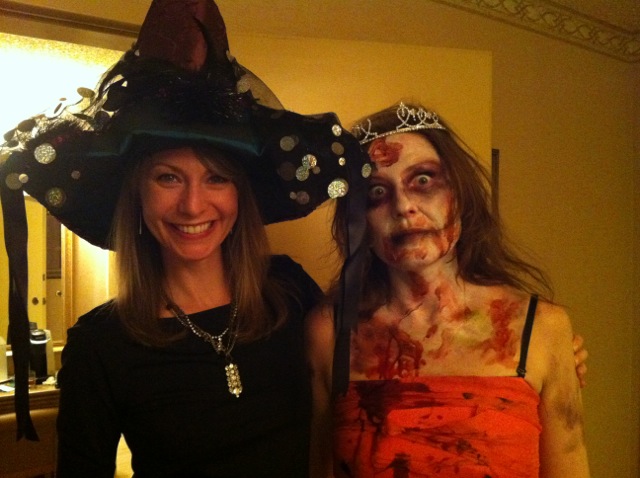 A witch and a zombie who just happen to bear a strong resemblance to Josie and me.

No matter where you are, you can sign up to join us. There will be time for your questions at the end, and you can even order a personalized, signed book. It’s like a live book signing except you don’t have to leave home to join and it supports independent bookstores.

Details can be found here at Booktalk Nation. Signing up is required, but this event is free!

I am SO EXCITED (and relieved, and honored, and way too many other adjectives to list here) to share with you AFTER THE END’s very first review.

First of all, the review is from Publishers Weekly. Being reviewed by them is an honor in itself.

But amazingly, it is a starred review. As in it got a star. From Publishers Weekly. This is the point where I fall off my chair and start babbling an improvised awards speech. (“I would like to thank Snuffleupagus for igniting my desire to read,” etc.)

I’m so excited. Truly. It’s the first starred review I’ve ever gotten from that magazine. And as a still-very-new writer, one of my hopes is that I’m getting a little better with each book. This feels like a confirmation that that might actually be happening. Which makes me oh so happy.

Here is the review that has got me floating around a few inches off the floor today (and here’s the link if you want to read it from the source):

AFTER THE END. Amy Plum. HarperTeen, (336p) ISBN 978-0-06-222560-3
Seventeen-year-old Juneau has grown up isolated in the postapocalyptic Alaskan wilderness, a pristine landscape of “crystalline fields veined with frozen streams.” When her clan is kidnapped, she discovers that the nuclear war they supposedly fled never took place. Struggling to disentangle truth from lies, Juneau plunges into an unfamiliar world to rescue her clan, aided by her connection to the Yara, a mystical nature-force. In this series opener, Plum (the Die for Me books) introduces a resilient, crossbow-wielding, part-Chinese heroine, then forces this driven survivor to cooperate with a spoiled rich kid. Miles Blackwell seeks to redeem himself in the eyes of his CEO father by capturing Juneau, but he’s instead pulled into her attempt to find her people. Misunderstandings and betrayals abound as Juneau and Miles set off on a road trip through the West, coming to appreciate each other in a slow-moving, believable romance. Alternating first-person narrators let readers get to know intense Juneau from inside and out, while offering a window into Miles’s gradual maturation. Ages 13–up. [em]Agent: Stacey Glick, Dystel & Goderich Literary Management. (May) [/em]