Once upon a time there were four authors on book tour who were hanging out in a hotel room sipping champagne and coming up with ideas that got sillier with each glass. They were cracking up about something—I think it had to do with “burning loins”—and one of them said, “We all have to use the phrase ‘burning loins’ in our next book.” And once that was agreed upon, someone came up with an even better phrase that would prove even more difficult to use.

And guess what? They all put it in their next book.

There is a phrase—2 words, to be exact—that exists in DREAMLESS (Josephine Angelini), ARISE (Tara Hudson), DESTINED (Aprilynne Pike), and IF I SHOULD DIE (me).

I’m not talking random 2-word groupings like “he said” which you can find a bazillion times in any book. I’m talking about a really obscure exclamation. And we were all able to get it into our final drafts without someone editing it out. (Unlike the word “wereboar” which 5 author-friends and I had agreed to use and which got edited out of JUNEAU.) 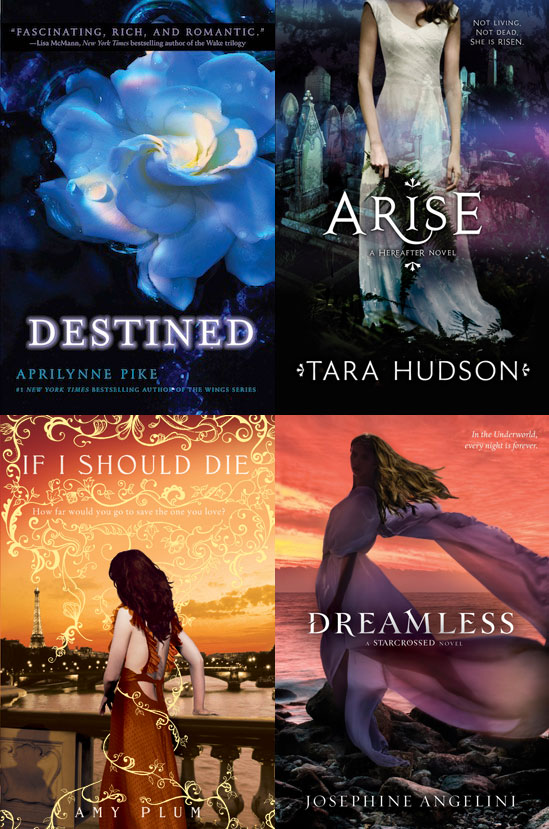 I was talking to someone about what our little stunt should be called, and they brought up the term “Easter egg.” Wikipedia defines Easter egg as “an intentional hidden message, inside joke, or feature in a work such as a computer program, movie, book, or crossword.”

So voilà—Josie, Tara, Aprilynne and I have an Easter egg hidden in our four books. If you think you know what it is, write me on amy at amy plum books dott com, and if you are right I will officially proclaim you a HAPP Superfan.

And if you ever see the word “wereboar” in a YA book, just know that it was part of a scheme cooked up in the French countryside by 6 authors plotting paranormal world domination. (This is where you scream and run for your lives.)
CURRENT HAPP SUPERFANS: