And the novella will be…

I can’t even tell you how fun this has been to present you with your choices for a DIE FOR ME novella and then watch you vote and comment!

Epic Reads has counted your votes. And there was a clear winner. Since it received a whopping 66% of votes, I will be writing DIE FOR HER!!!

DIE FOR HER will be available as an eBook in April 2013…just weeks before IF I SHOULD DIE is released in May.

A recap of that story:

1. “DIE FOR HER”
When Kate Mercier walks into the lives of Paris’s revenants, Vincent Delacroix isn’t the only one whose world turns upside down. Jules Marchenoir has spent the last century flirting his way through Paris, enjoying his life as an immortal bachelor. But when he meets Kate and realizes that he and his best friend are in love with the same girl, he is forced to choose between love and friendship.

But you know what? THE ART OF DYING came in second, with 10%.

2. “THE ART OF DYING”
Sixteen-year-old art prodigy Jules Marchenoir moves to Paris to join the biggest figures of the European art world in the wildest setting imaginable: turn-of-the-century Montmartre. But his career is cut short when he sacrifices his life to save fellow artist Fernand Leger in the first World War. After animating as a revenant he is forced to hide from the art world where his career was flourishing, avoid any love affair that threatens to expose him, and learn to fight murderous enemies out to destroy his kind.

I read all of your comments on the Epic Reads site, and one in particular caught my eye. Jessica Ann McQueen said that she would  like to see a mix of the two Jules stories.

Well…I think I can arrange that. 🙂 I have to think about it, but I’m sure I can find some way of bringing a little bit of Jules’s past into his present. Maybe a flashback or two 😉 Who knows?

I want to thank everyone who voted in the DIE FOR ME novella poll. Epic Reads has chosen a winner for the enchanted Lalique frog. See who won here!

SO TELL ME…WHO IS YOUR JULES? 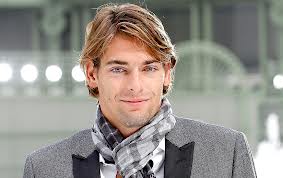 Who is your Jules? (Camille Lacourt) 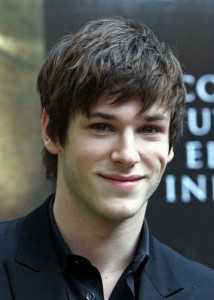 Who is your Jules? (Gaspard Ulliel)

Who is your Jules?

24 Comments to And the novella will be…