Plummy Updates – the one with the new language deal

I got some BIG news lately, which is that the DIE FOR ME trilogy has yet another language. (It is presently translated into English, German, French, Norwegian, Turkish, Bulgarian, and Russian.) And the bigness of this is the fact that it is a market I’ve really wanted to have – not only is YA HUGE there, but readers from this country have been writing me for over a year asking when the books would be translated into their language. So…that news to come as soon as I sign my contract. All this to say…I’m so pleased.

Books-a-Million chose DIE FOR ME as one of their Most Popular Teen Reads, and are offering it on sale here.

The Summer YA Scavenger Hunt will be starting soon. And so many of you asked me to write a Jules POV for it that…I caved. Check back here August 1 for your first (and perhaps last) view ever inside the oh-so-yummy revenant’s head.

I have a couple of new events in my calendar, including Kansas City and Vegas (baby!) in 2013. Check them here.

And since I promised you photos with each post, here are a couple from my trip to Ireland. I took my kids to see the Street Performance World Championship in Dublin, which featured amazing shows like: 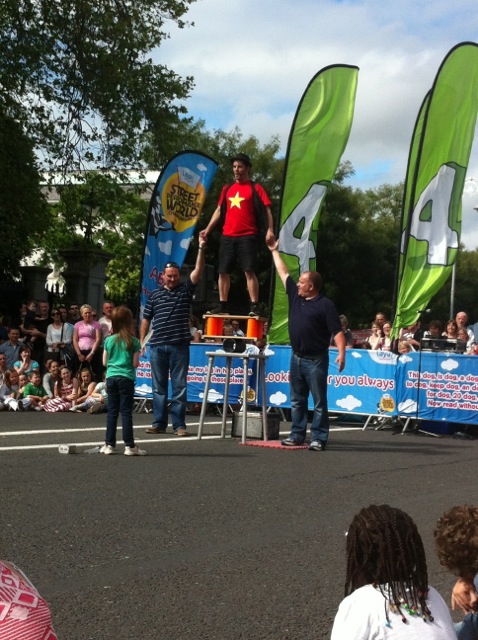 AJ James, who is balancing on a barrel while a little girl from the crowd throws knives at him. 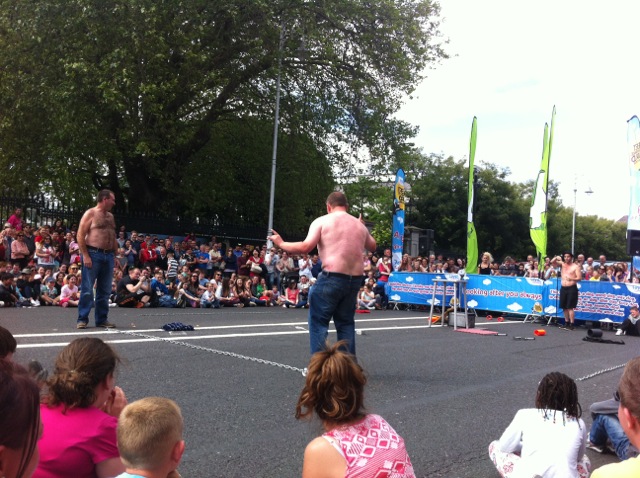 ...and even more amazing, after he convinced two big hairy dads from the audience to take their shirts off and wrap him in chains. (which he then escaped from)

And finally, I’m starting work on the copyedits to IF I SHOULD DIE, which is the last step (that I’m involved in) in the editing process. After this, the book is out of my hands…and in 10 months in YOUR hands! (Hurray!)