Plummy Updates – the one with the boat party

A few tidbits to catch you up on DIE FOR ME trilogy goings-on!

For my Irish friends: I will be doing an informal signing at Eason O’Connell Street on Wed. July 25 from 3-4pm. Stop by to say “hi” and get your books signed!

Next, I gave Yara of Once Upon a Twilight an exclusive Vincent POV piece that I wrote just before starting on UNTIL I DIE. It’s part of her 50 Shades of YA Boys contest. I also included a secret about Vincent that NOBODY KNOWS…and which won’t be addressed in Book 3. So be sure to take a look!

Also, catch my mini-interview with Kristi Belcamino, a mystery writer who has the same agent as me! (Hurray for Stacey Glick!)

I am once again participating in the YA Scavenger Hunt (taking place in August). Check out the details and teams here!

And because a blog post without photos is a sad sad thing, I’m going to start giving you pictures from my new life in Paris now that I’ve moved from the French countryside and am living here full-time. (If you follow me on Twitter, you already get regular Paris photos.)

From a party I went to last night on a boat on the Seine (they are called “les péniches“) parked right across from Notre Dame:

All of the boys had tragically hip beards, and I tried SO HARD to get you a photo of this guy’s outfit: shorts and a double-breasted suit jacket with shiny buttons. 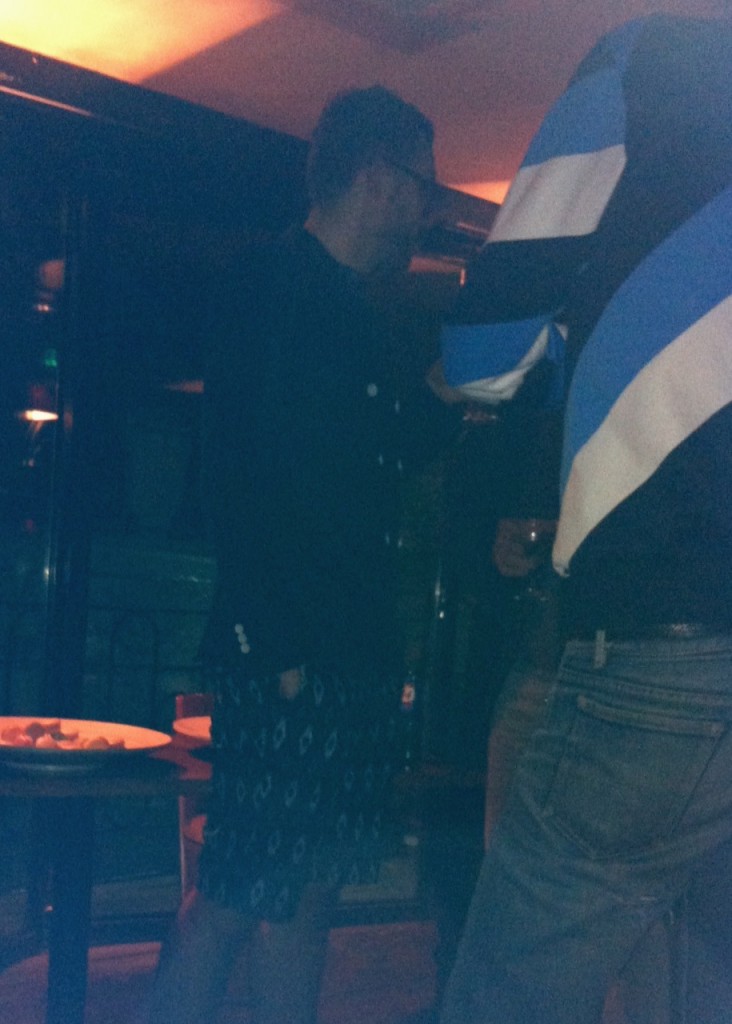 I am totally putting this outfit on a character in my next book. 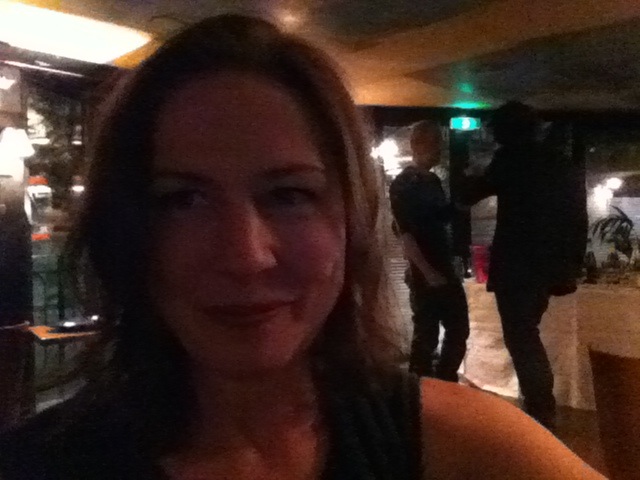 Here’s me being amused by all of the beards and hipness. 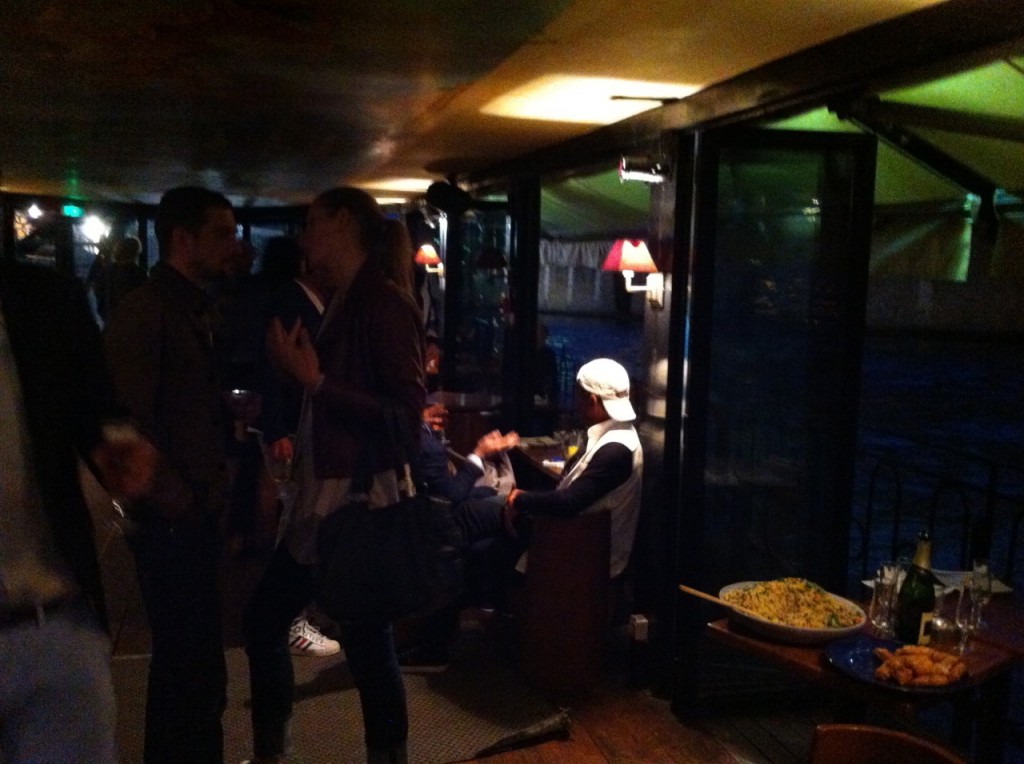 A shot of the inside of the boat…and most importantly… 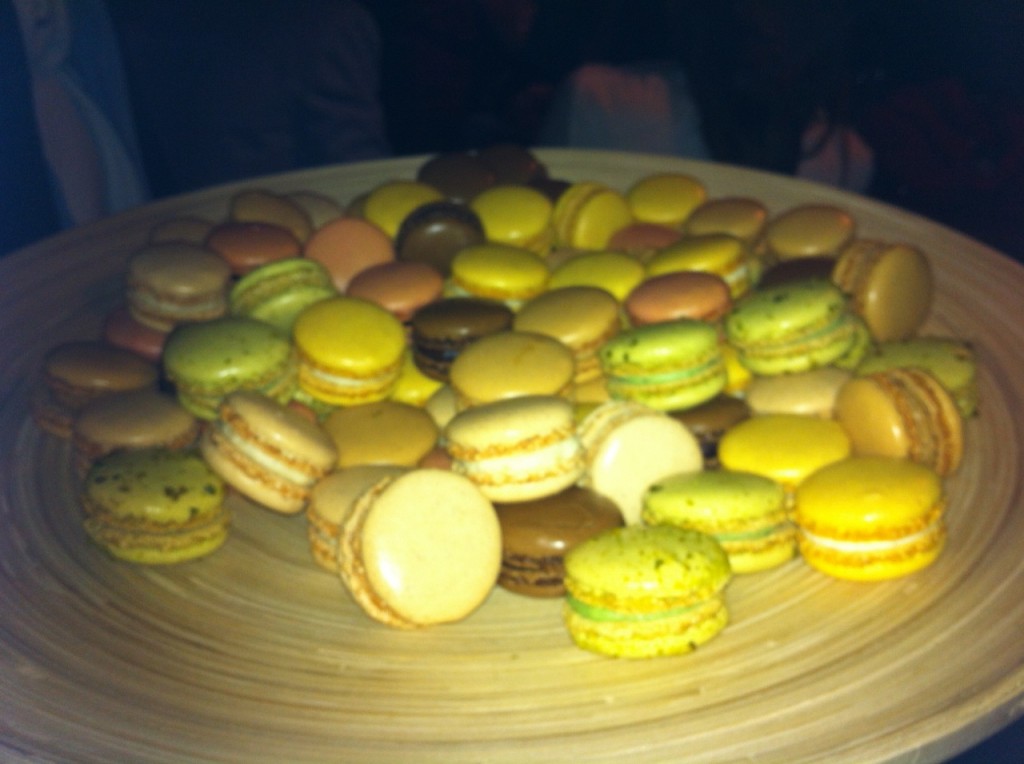 the platter of macarons. And let me tell you…the pistachio flavored ones were DIVINE. I hope you enjoyed joining me at that little boat party on the Seine. More Paris events and photos to come. But first…

*runs for airport* *jumps on plane* *flies to Ireland*

4 Comments to Plummy Updates – the one with the boat party