Revenant Week, Day 3: The planning of a kick-ass heroine

Welcome to Day 3 of Revenant Week—a week to celebrate the U.S. release of the paperback version of DIE FOR ME!

Why order the paperback version? Because it comes with EXTRAS!!! 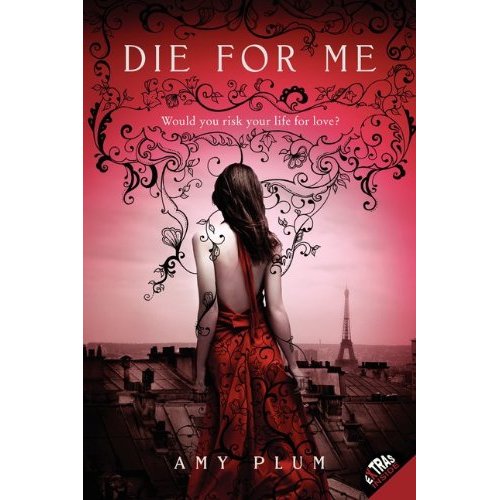 (See the “extras inside” in the bottom corner!)

I hope you have as much fun reading these extras as I did writing them! Just click here for Amazon or here for IndieBound to order.

SO TODAY…I thought I’d tell you why my protagonist, Kate, is as she is. Because our Kate is kick-ass. In Book 1 of the DIE FOR ME trilogy, you see the seeds of her kick-assness. In Book 2, she is not only taking kick-ass lessons from Gaspard, but is becoming a stronger person after the devastation of her parents’ death. And in Book 3…*falls over* Kate might just reach her potential as queen of kick-ass.

It was important to have a kick-ass protag in the DIE FOR ME trilogy because someone with a doormat personality would never fall in love with a revenant. But I actually came to the realization that I wanted to write a kick-ass character about six months before I came up with the concept for DIE FOR ME. And it was because of something not-very-nice that happened to me.

I was in Paris, walking back late at night from a friend’s birthday party. There were a couple of girls walking in front of me as well as a guy in his early-20s wearing a hoodie and short cropped hair who skated past in the other direction. I took a left down a dark deserted road, at the end of which was my hotel.

And then it happened.

A large hand firmly grabbed my crotch from behind (no, not my butt – my crotch)—by reaching between my legs and almost scooping me up off the ground mid-step. It lasted a second, and then it was over. I stopped dead in my tracks and watched the same guy on roller skates who I had seen minutes before move at top speed away from me. He had targeted me and come back to grab me.

“Oh my [bleeping bleep]!” The expletives poured automatically from my mouth. My French disappeared as I began yelling at him, “Stop! Stop!” and then seeing a woman my age turn onto the street, I switched to French. “Stop that man! He groped me!” Frightened, she stared at the ground and speed-walked past me.

I began running towards the receding figure of my aggressor. He turned left onto another road. I realized that I would never catch him, and that the handful of people now walking up the street towards me probably hadn’t even seen the lightening-fast crotch-grabber pass them. I was defenseless. Except for my words. An ear-melting concoction of curse words flew like stones from my mouth towards the man’s back. As the foreign words reached him I saw his figure stiffen in surprise, but then he hunched back over and skated faster.

I got back to my hotel room and cried. And couldn’t stop crying. I told myself that it wasn’t that bad—it’s not like I had been raped. But something had happened to me that was violent and that was against my will, and it shook me badly.

It was the loss of power—the loss of control over my own body—that was most disturbing. As far as I’m concerned, my crotch is sacred. Only a select few people had ever had access to that part of my anatomy before, and I had certainly not selected the skating groper to be one of the chosen few. He had taken something that was mine alone to bestow.

Feeling violated and powerless, I wrote down what happened. And then I decided to re-write it in an alternate “Heeled Avenger” version, where the crotch-grabbing offender didn’t win – I did. And this is what I wrote:

“Take 2 of Crotch-Grabbing Skater vs. Amy

Cue the music: something with a pounding beat and scary lyrics like late ’90s Prodigy. Spotlights are strategically placed along rue de la Folie Regnault.

Here comes Amy rounding the corner of the street, long strides matching the beat of the music. Her heels have metamorphosed from 3-inch Liz Claiborne block-heels to 4-inch Prada stilettos. The light flashes off their dangerous-looking soles. Our heroine looks the same, except that underneath her jacket, her arm fat has mysteriously disappeared and has been replaced by toughly toned biceps.

The music gets louder, and the beat raises the viewer’s anticipation that something bad is going to happen.

This time Amy senses someone coming up behind her, and slides her compact out of her purse, flicking it open and lifting it up to her eyes as if to powder her nose. In its mirror, she sees the man speeding up behind her, getting ready to pass her on the right. He lowers his left hand in a cupping position and, as he nears her, begins to bend over. At the last second, she steps adroitly to the left, making a graceful kicking motion with her right foot as she does.

The man flies through the air and lands on his chin with a crash. He sprawls helplessly on the sidewalk as Amy walks up to him. The music pauses as she approaches, looks down at him, and says, “Ooh. That looks like it hurt.”

As she effortlessly steps over his splayed body, we see a close-up of his left hand, which is still in its cupped-and-ready position. In slow-motion we see Amy’s stiletto heel coming down heavily upon it, and hear the sickening crunch of bone. As the man screams in pain, the music picks back up at the beat it left off on.

Amy, our  hero, continues striding towards the hotel, and the camera smoothly zooms in to her mouth, which slowly spreads into a confidently sardonic smile.” 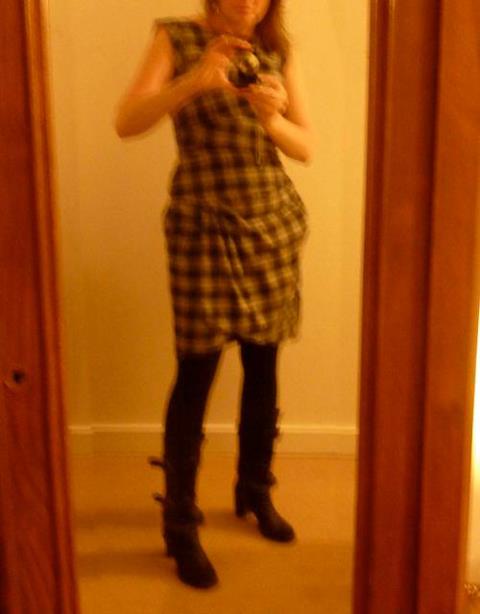 Believe it or not, after writing this scary/violent scene, I actually felt much better. Changing my role in the story from victim to victor made me feel more in control. And that made me realize the power the written word actually has – that sometimes the pen is mightier than the sword.

Not to underplay the power of shopping therapy: the next morning I went out and spent a fortune on a dress that made me feel like a superhero.

8 Comments to Revenant Week, Day 3: The planning of a kick-ass heroine