INSTA-LOVE. It’s a term that I never heard before last year, when I started seeing it pop up in reviews of YA novels. Girl meets boy and lightening strikes. The critics are right—it’s all over the place in YA literature. For example: 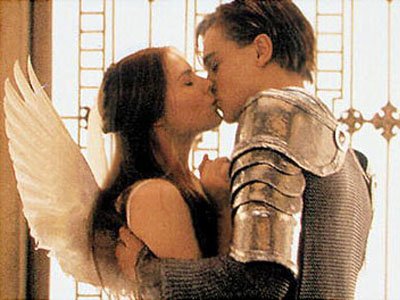 Oh wait, sorry. We’re talking about YA novels. Not classic films. Or Shakespeare. But we might as well be, because from WESTSIDE STORY’s Tony and Maria to Arthurian literature’s Lancelot and Guinevere, Insta-Love is a theme that has permeated storytelling for centuries. (Or millennia, even, if I can get Biblical and mention David and Bathsheba.)

So now that we’ve established that Insta-Love is neither a purely Young Adult phenomenon, nor even that new of a concept, let’s take the discussion past TWILIGHT and into real life. Does love-at-first-sight actually exist outside of the minds of writers, filmmakers and musicians?

Some authors give good reasons for there to be an Insta-Attraction. Bella’s a “shield.” Sookie’s part-fairy. But does there even need to be a reason?

Because to those who say, “Love-at-first-sight just isn’t believable,” I have to say…

You’ve never had that moment where you walk into a room and you see him/her, or even get as far as exchanging a few words, and suddenly it’s crashing down on you like a car wash—buffeting you from all sides? Never?

I’m not saying that love-at-first-sight is the healthiest basis for a long-term relationship. The French call it a coup de foudre—a lightning strike. Which is a good metaphor: it electrifies you, but it sure does leave your hair a mess. (As well as the rest of your life.) That isn’t to say that it isn’t realistic. And might actually, on the rare occasion, work out. But is it to be trusted? That’s a whole other question.

The fact that it is such a powerful and sometimes devastating force is exactly why writers and poets and musicians and artists choose it as a topic. And why we, as readers, listeners and spectators just eat it up. It’s crazy. It’s dangerous. It’s thrilling. It’s tragic. Just turn on WESTSIDE STORY and hand me a box of tissues. I, for one, am not afraid to say that Insta-Love exists and when it comes to well-written love-at-first-sight, I am a complete sucker. 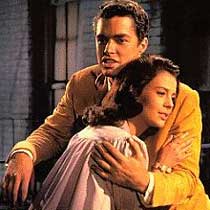 < Give Paris for Christmas   -    Four Libraries and a Funeral >