From my old blog:

There are a few rules of etiquette that one must know when in France. I told you about women not pouring wine, but that’s an old fashioned rule that goes right out the window in low-brow situations (but would probably be in effect if you dined at the Elysée). However, the ban on cutting lettuce is one that is so widespread that I have never seen a French person break it.

I thought of this when sitting next to my daughter’s nanny at dinner the other night. She has always lived within a few miles’ radius of our house, leaving only to go on not-too-far-away vacations, so I like to use her as my model for local tradition. After looking worriedly at the Caesar salad that was flecked with Parmesan and sprinkled with homemade garlic croutons she took a leaf and expertly began folding it into a little green package with her fork and knife and then popped it into her mouth.

I have seen this done a kazillion times, by everyone from my father-in-law (my model for working class artisan behavior) to Parisian socialites. And that gives me enough courage to make a sweeping generalization about the French…something I usually avoid in order to stay on speaking terms with Laurent. THE FRENCH NEVER CUT THEIR LETTUCE. Cutting your lettuce in France is akin to slapping your granny. It’s shameful, base, and just not done.

When I discovered this, years ago, I began tearing up the lettuce leaves into small, edible bites before serving it to dinner guests. Finally Laurent asked why I always tore the lettuce up. “Can’t you just leave the leaves intact?” he asked. I explained that I had heard that cutting lettuce was defined as a food crime under French penal code. He responded that, although this is true, the solution is not to serve smaller pieces of lettuce. You just allow people to fold it.

Folding lettuce was a watch-and-learn situation that took me some time to get the hang of. But now I’ve got it, it’s something I enjoy. It definitely falls under the “playing with your food” category of eating, as far as I’m concerned. It’s like making origami, but with a leafy green.

It reminds me of the way my Senora, the woman I lived with while studying in Florence, could peel and slice a pear after dinner without touching it: she used only a knife and fork. And she could do it while watching the game shows we watched while we ate. (I only knew a few words in Italian, which took us through a painful 2 minutes of conversation before she saved us both and turned on the TV.) Although lord knows how hard I tried, I was never able to imitate her pear-peeling stunt. But I am able to fold my lettuce. And so can you. This is how you do it:

Take a whole leaf of lettuce and put your fork down on the lower edge in the center, pinning it helplessly to your plate. Using your knife, fold the lettuce over the fork and keep it there, holding the pleated lettuce down as you slip the fork out and use it to pin the lettuce down again. Continue folding the sides of the lettuce leaf with your knife as you pin with your fork until you have a nice little square that is small enough to pop into your mouth.

Et voila! You now have the skill to eat with both French nobility and the stonemason-next-door.

Next French etiquette lesson: keeping your hands ON (not under) the table at all times.

Stories From France, The Castle Story, Part VI (the end)

So those are my stories from my job as a castle tour guide. (If you haven’t read them, they are: Part I, Part II, Part III, Part IV, Part V.) I have many more stories from that summer. But the highlights included: 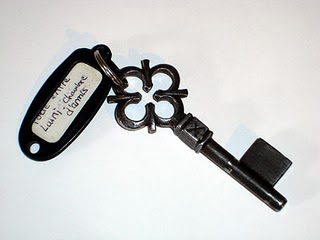 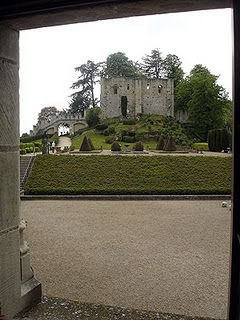 I stood in the courtyard of the 15th-century chateau, with the ruins of a 10th-century fortress perched on top of a hill in front of me. My knees shook uncontrollably as I tried to keep a calm demeanor and steady voice. END_OF_DOCUMENT_TOKEN_TO_BE_REPLACED

This is copied directly from my blog 5 years ago, just a couple of weeks after the scene that took place in Castle Story Part II: 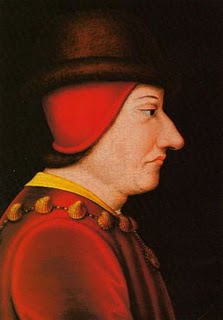 Do you know who this handsome guy is? Neither do I, and that’s a problem END_OF_DOCUMENT_TOKEN_TO_BE_REPLACED