UNTIL THE BEGINNING is in paperback, so…giveaway! 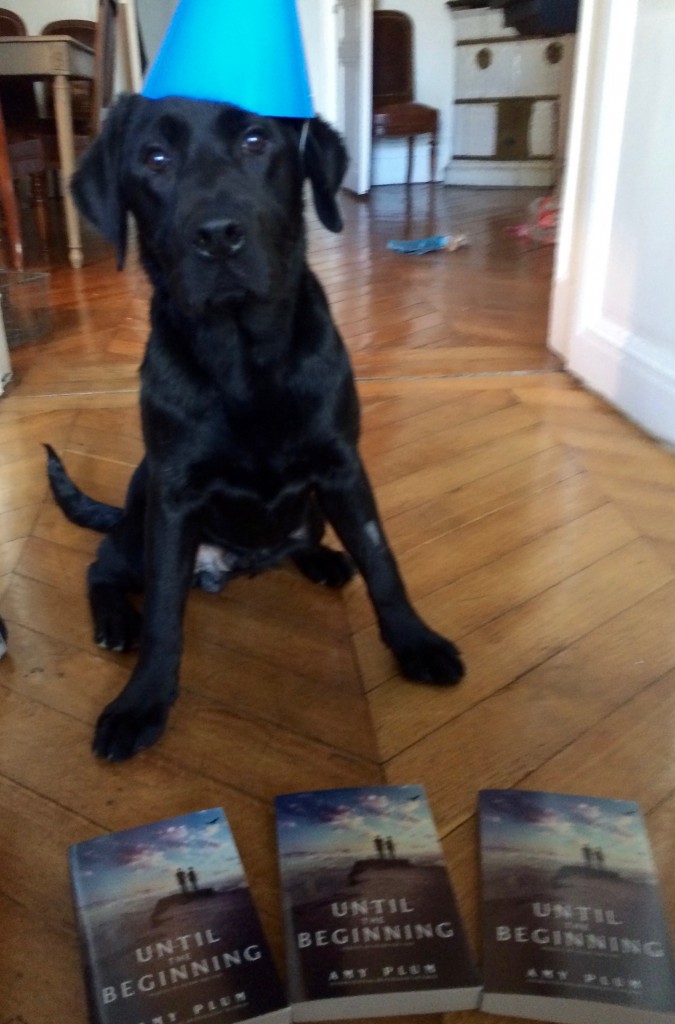 I know this is out of focus. Just try to get a 6-month old lab puppy to sit still for a picture, and you will understand why.

My new puppy, Oberon (affectionately known as Obi) would like you to join him in wishing a happy book birthday to the paperback version of UNTIL THE BEGINNING!

That means you can have the entire series (After the End and Until the Beginning) for $19.98, which is not bad at all, considering you get an entirely new universe of magic (the Yara), two sparring heroes (Juneau and Miles), a messenger raven named Poe, the Alaskan wilderness, an epic road trip, crossbows, a crazy Texan billionaire cryogenics enthusiast, trickery, and maybe…just maybe…love. In a tent. Twice. For twenty bucks, I’ll say that’s a bargain. 😉

Of course, Obi’s favorite parts are about Juneau’s two huskies, Neruda and Beckett. (And yes, that is Elsa on the floor behind him, with her hands and feet chewed off. My dog obviously isn’t a Frozen fan.)

Thank you for all being a part of this amazing journey with me, through the DIE FOR ME series, and now the AFTER THE END duology.

To show my appreciation, I’m giving away 8 copies of UNTIL THE BEGINNING (one slightly chewed) to:

I will choose a winner next Monday, May 9, so get your comments and tweets in! As usual, this contest is international. And…go!